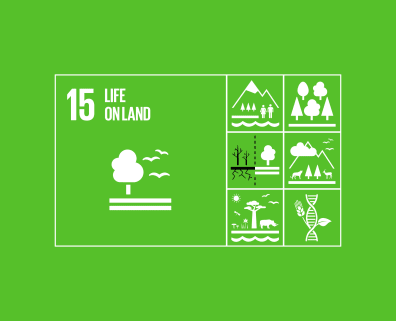 Wildlife plays an integral role in securing the ecological health of our planet, and also helps create economic value through ecotourism and cultural heritage. However, it is currently threated by several factors, that include but aren’t restricted to urbanisation, climate change, and over exploitation. Wildlife loss is a disturbing reality worldwide and has a negative impact on the sustainability of biodiversity as well as on human welfare.

Our study took place In India, where the government has set up forest departments in all its states, for planning and implementing programmes for better managing the wildlife. These departments have gathered significant data from 2004. As the volume of data increases, specific information systems (IS) become necessary to help uncover useful information embedded in this data for improved wildlife management.

To answer this, we developed and tested design principles in accordance with the ‘action design research’ (ADR) approach.

Wildlife Management. Wildlife management pertains to the “sound management of wildlife species to sustain their populations and habitat over time.” To design analytics systems for wildlife management, one needs a thorough understanding of its background domain, especially areas pertaining to activities that the system would support. By reviewing existing literature, we identified three primary categories of activity in wildlife management that demonstrate important aspects of status, threat, and response.

Existing studies provide detailed solutions to problems in wildlife management, but they’re all highly specific in nature. A generalised solution applicable to a class of problems seems unavailable. This paper aims to fill that gap by providing that solution by using the concept of affordance to help build design systems through the ADR approach.

The three entities one considers while building design systems is the designer, the artefact, and the user. These entities interact with one another to form different relationships. The concept of affordance deals with the relation between actors and objects and can aid in better understanding these complex entanglements in the designer-artefact-user system.

In the previous section, we summarised three categories of activities concerning the understanding of wildlife status, identification of external threats, and conduction of patrol tasks. Based on it, we identified three main categories ofaffordances in assessing (assess wildlife population size and distribution), anticipating (identify the threat of poaching on wildlife and identify the threat of human-wildlife conflict on wildlife), and practising (optimise patrol routes and locate the best sites for camera traps). We detail the three main categories of affordances in the diagnosis cycle of the ADR project.

Big data analytics is an essential tool in deriving valuable knowledge from massive amounts of data of high volume, variety, and velocity. BDA techniques can be classified into the following three categories:

Descriptive – helps in describing the current state of an activity or situation. It is applied to analyse wildlife demographic indicators like population size and distribution, which help practitioners gauge the wildlife status.

Predictive – helps understand the likelihood of what might happen in the future. It is useful in recognising patterns that may help uncover potentially risky areas such as poaching and other areas of human-wildlife conflict.

Prescriptive – uses techniques of simulation and decision modelling to better the current management systems. This can be implemented in ranger patrol tasks because the required wildlife can be simulated virtually based on historical locations. The data is useful for rangers to track wild animals and locate the best positions for camera trap sites.

This paper followed the elaborated ADR approach which unravels the ‘building-intervention-evaluation’ method into distinct diagnosis, design, implementation, and evolution cycles. All these cycles contain activities of problem formulation, artefact creation, evaluation, reflection, and learning. A new principle of appropriate abstraction in each of these cycles was applied too. The elaborated ADR approach customised the use of these cycles, frequently, to provide refined artefact designs.

The starting point of this ADR project was the ‘diagnosis’. In this cycle, the preliminary needs of the stakeholders were identified to develop a WMAS. The aim was to design information systems in a way that there were multiple actions potentials for wildlife practitioners to implement in protected areas. The preliminary requirements were then refined into general required affordances which the WMAS could support. It was important to study both the problem and the solution areas, to define the requirements of the analytics team. This was done through a highly intensive reading of the currently available literature on biology conservation and management.

Through participant observation and semi-structured interviews conducted with the wildlife department, it was evident that it was inadequate to base decisions on the data available in manipulated, large-scale spreadsheets. As a result, we identified the requirement for designing a WMAS that helps practitioners gain useful insights from the available data. In refining the preliminary requirements to a general set of requirements, three categories in wildlife management were identified. They were: assessing, anticipating, and practising affordances. Assessing affordances implied understanding the wildlife status – in terms of population size and distribution. Anticipating affordances referred to identifying threats of poaching on wildlife and human-wildlife conflicts. Practising affordances pertained to optimising patrol routes and finding the best positions for camera traps.

The second step was the cycle of data preparation. The newest datasets available for research consisted of more than 1.8 million wildlife related records which were obtained from 87000 patrol tasks that spanned over a period of 40 months. It is hard to draw useful conclusions from raw data alone. Through data preparation, this raw data was converted into cleaner and more useful information which helped in the process of effective analysis of the available data. All the data was broadly classified into three groups: wildlife data, poaching data and human-wildlife conflict data.

This data was further readied by using the common process of ETL – extract, transform and load. The two primary activities that ETL uses is – firstly, integrating the same type of data from different fields into one; and secondly, clean up errors like blank or double records and other inaccuracies caused while collecting the data. With the help of practitioners, analysts, and researchers, a clean dataset was produced which was loaded into a target SQL database to make it usable.

The next step was to formulate design principles. The template followed consisted of three zones of information: affordances through the use of an artefact, the artefacts that make these actions possible, and the boundary conditions. This template helped in the construction of three primary design principles.

By collaborating with the ADR team and practitioners, the design principles were turned into a prototype system for implementation. The system consisted of two parts: analytical techniques such as algorithms and graphic user interfaces such as histograms and geographical maps.

After this, an interim evaluation was conducted by researchers and practitioners to arrive at some expected and unexpected consequences. The expected consequences broadly revealed the efficiency of the designed system in delivering the required affordances. Across the design principles that were implemented, a trend of reduced human workload, usefulness of regular data collection in monthly reporting, identification of areas of conflict and other such advantages were realised.

The unexpected consequences covered a range of gaps that were essential in bettering the current system. These included the negligence of taking the dynamics of wildlife population size and distribution into account, the neglect of certain environmental characteristics around incident sites, restrictive ranges for potential wildlife channels, the inability to apply simulated results in real life contexts and the negligence of the magnitude of conflicts in certain regions.

Based on the interim evaluation, the design principles and implementation methods were revised to better accommodate the required affordances.

These revised design principles were then operationalised in the implementation cycle by modifying the existing bar graphs, maps, etc in accordance with the new requirements.

To the best of our knowledge, an IS research study dedicated to the design of an analytics system in wildlife management has not been conducted. Our efforts are a first in this direction – this is one of the biggest theoretical contributions of this study.

The study provides a detailed analysis of the problem space and adds significantly to descriptive knowledge by identifying three main categories of affordances: accessing, anticipating, and practising. It also contributes to prescriptive knowledge by establishing a set of design principles for analytics system design. These principles add up to form a nascent design theory – which is another major contribution of this study. The knowledge acquired helps in forming concrete guidelines that can be used to address a class of similar problems in future wildlife management projects.

The data collected in this study required a significant amount of processing, which lead to the development of data preparation methods and algorithms. These techniques are an important contribution because the failure to manage and process ever growing piles of data is a huge roadblock to effective analysis.

This study also contributed to the ADR approach by adding two principles. The first, multi-source data integration, helps massively in integrating data from various sources into one unit to ensure the comprehensiveness of the dataset. The second, includes a human complementing algorithm that supplements existing algorithms with human experiences and domain knowledge.

The data accumulated through this study helps a multitude of stakeholders. The wildlife-related data collected can be used in a wide range of similar applications by these stakeholders. Those with similar collections of data, can directly adopt the analytics system protype used in this study. Others can identify their desired affordances and use the existing system as a reference point to help their chosen cause.

With increasing global difficulties and pressures related to the overall state of our environment, wildlife management is more important than ever before. This study hopes to be a starting point in the usage of IS to engage in impactful research to help build a green and sustainable world.

Professor Shan Pan is AGSM Scholar and Acting Head of School at the School of Information Systems and Technology Management, UNSW Business School. He is the founding Director of the Digital Sustainability Knowledge Hub (DSKH). DSKH specializes in the research and education of digital sustainability, with a specific aim to contribute to achieving the United Nation’s Sustainable Development Goals (SDGs). Shan’s research interest is the enabling roles of digital technologies in innovation and sustainability. As a phenomenon-based researcher, using qualitative methods, Shan has documented some of the most valuable digital transformations best practices arising from businesses, cities, remote villages, and government agencies in its rapid development of the last two decades. As a design science researcher, he is particularly interested in the designs of digital technologies that address sustainability challenges. He frequently travels to developing economies where he studies the indigenous practices of information systems. 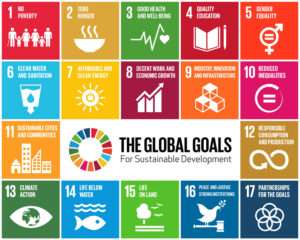 From fighting Covid-19 to meeting sustainable development goals: opportunities for IS research

How Singapore is improving food innovation, sustainability and productivity

From fighting Covid-19 to meeting sustainable development goals: opportunities for IS research

How Singapore is improving food innovation, sustainability and productivity 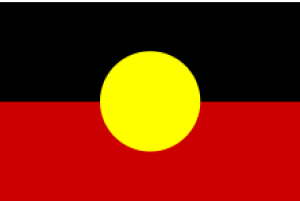 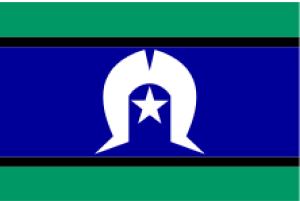 UNSW is located on the unceded territory of the Bedegal (Kensington campus), Gadigal (City and Paddington Campuses) and Ngunnawal peoples (UNSW Canberra) who are the Traditional Owners of the lands where each campus of UNSW is situated.